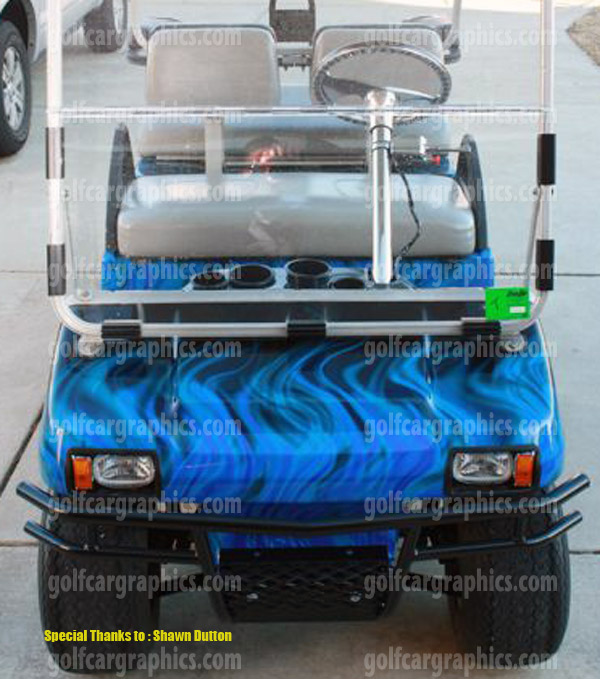 Special thanks to Shawn Dutton for sending us his completed photos of his Fire Blues golf car wrap.  Shawn had never used our vinyl golf cart wraps before & wasn’t sure if he could do the wrap himself.  We spoke with him & provided many of the answers he needed to make an informed decision as to wraps & application.  We even provided a how to apply a golf car wrap video for him to watch.  Each kit we sell has vinyl wrap application instructions & a free squeegee tool provided.  This fire Blue color was not a stocking color but we created it for Shawn as he made a special color request.  We do our best to meet our customers needs when it comes to vinyl wrap design.     Shop our HUGE  vinyl wrap store 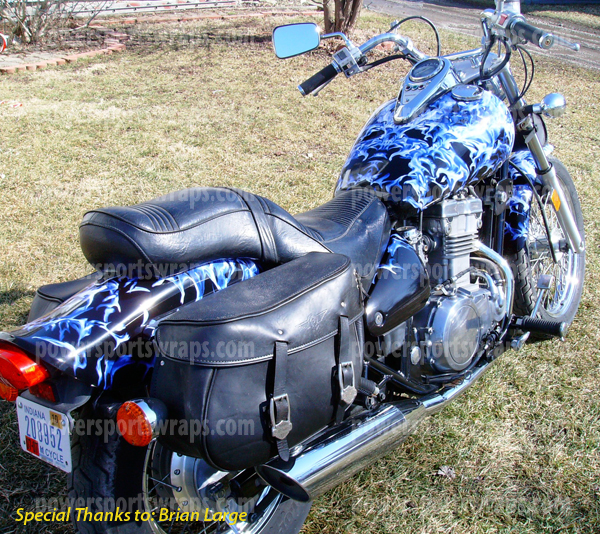 Well as you can see i never got around to taking those pictures of my wifes bike. I have been working long hours and so we havent rode for a while. I did however look through some of our pictures we have and found these. The coolest thing about her bike is that the fire on the tank looks like a face. You can clearly see it in the photo. These wraps are easy to do if you take your time with it. The key here is patience ! I am very impressed with your product. hers has been on for over a year now and looks just like it did when we first wrapped it. I would highly recommend this product to anyone wanting to drastically change the appearance of their ride without spending an absolute fortune !
Thanks Pete and Powersportswraps.com ! 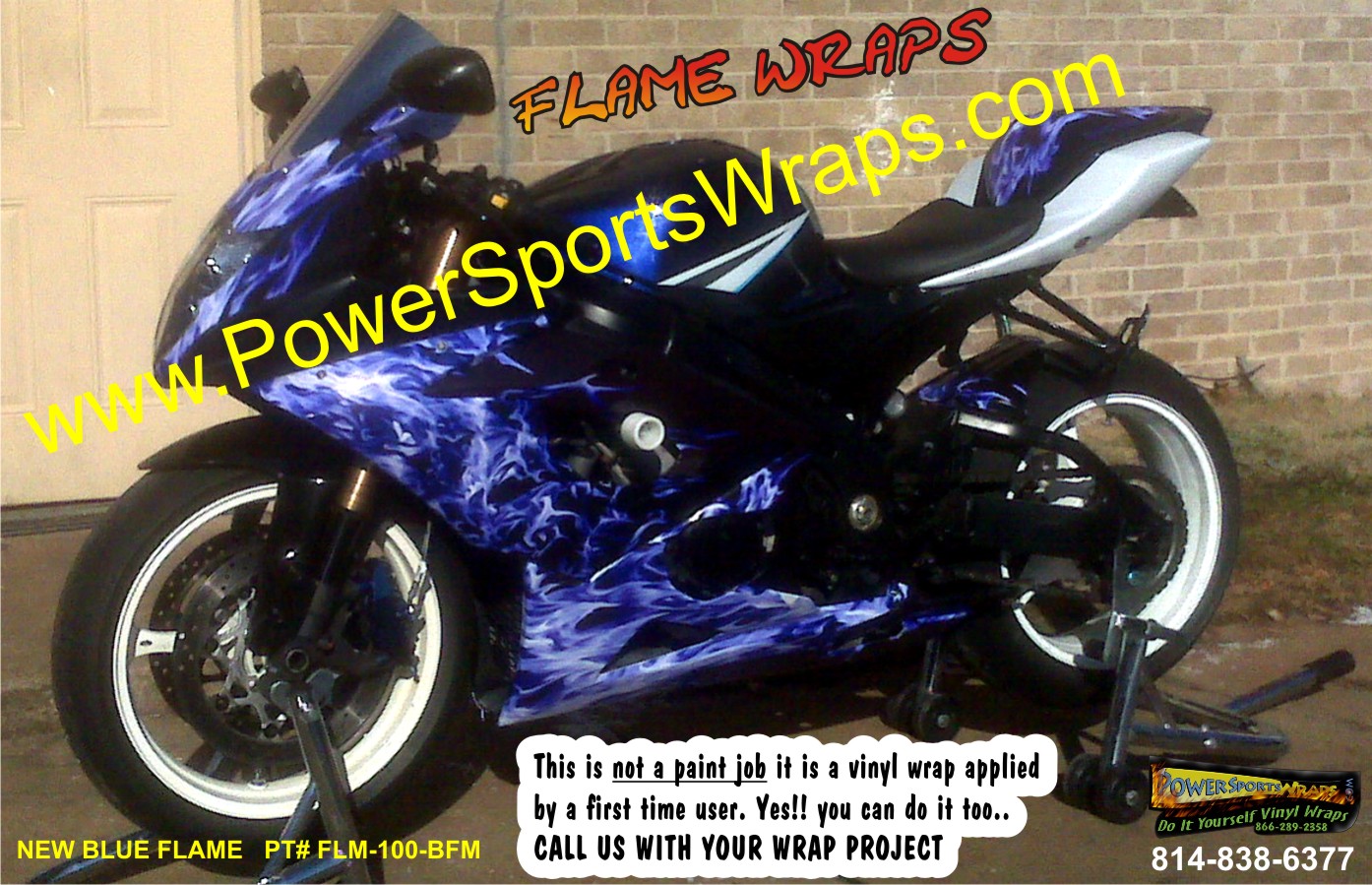 Check out Abe’s 2006 Suzuki GSXR 1000 with our Blue-Black Flame wrap on it!!  Abe is one of our first time users he had never used our vinyl bike wraps prior to purchasing from us.  We provided everything he needed to do the bike wrap vinyl application correctly. Do it your self vinyl wraps… Save $$.   Abe was pleased with the way his motorcycle wrap turned out &  was proud to send us these pictures.   If you have a bike wrap idea feel free to contact us or submit your request to us & we will see what we can design just for you.