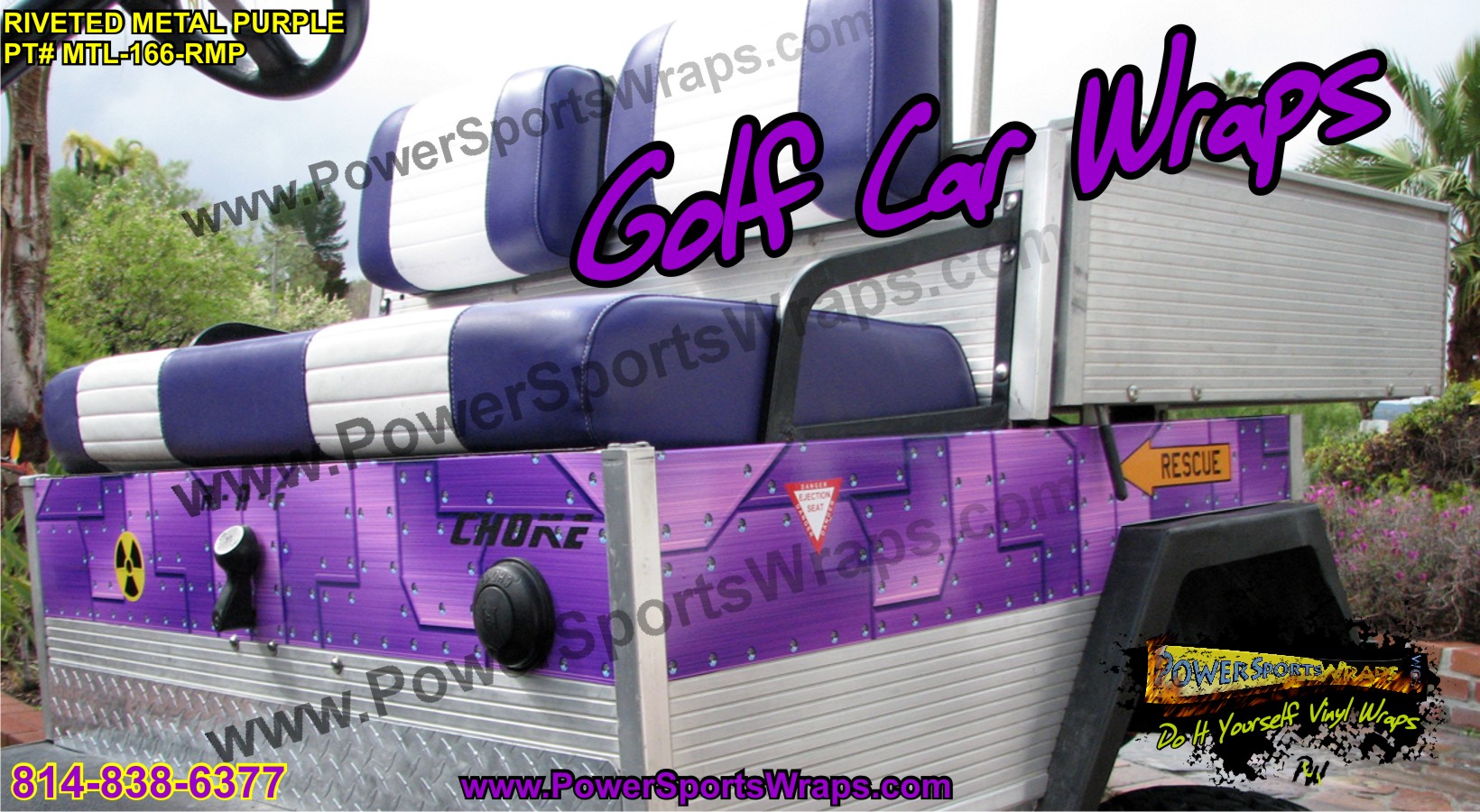 The base buggy is a 2000 Club Car Carryall I.  I built this buggy for my daughters.  We spend a lot of time in the California desert and mountains, so we need a capable buggy.  I built a custom 3-link suspension in the rear and added a Jake’s lift to the front.  It gets us everywhere we need to go, and probably some places we shouldn’t go. Of course, the girls wanted to look as good as it performed, and the vinyl graphics helped us get the look we wanted for this project.  They wanted a purple buggy, and the color and pattern of the purple riveted metal plate is exactly what we needed to complete the theme.  I had a simple purple paint job quoted at over $600.00.  In my opinion, the vinyl graphics generated a much higher quality result at an exceptional value.  I have not installed vinyl before, but it vinyl applied smoothly and easily.  I think it looks amazing, and my daughters love it! Thank you for your wonderful service and follow up!