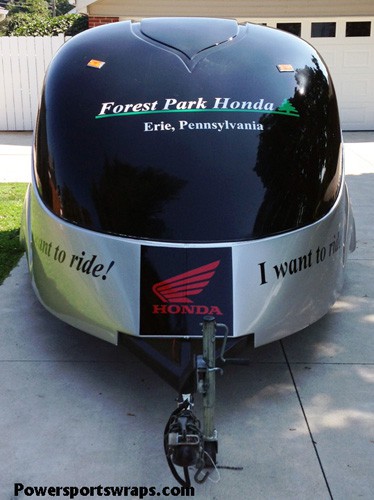 Carl from Forest Park Honda Erie, PA contacted Powersportswraps.com the other day to ask about graphics for their arrow trailer they had just taken in on trade. He was looking for a way to do some advertising for the business; as they pick up and deliver various machines around town.  Forest Park Honda also liked to set the trailer in front of the used bike building while not in use since this is a good way to advertise. Carl sent some great photos from Honda to use on the trailer. Powersportswraps combined the photos with their logo and some text. What a great result!

If you have an enclosed trailer and you would like to promote your business on it please contact us, we would be happy to help. 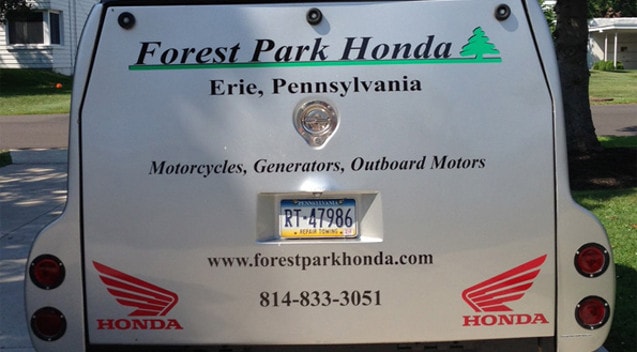 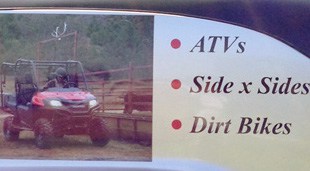 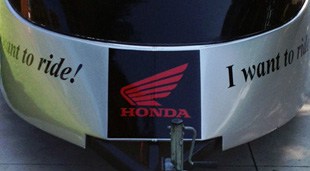 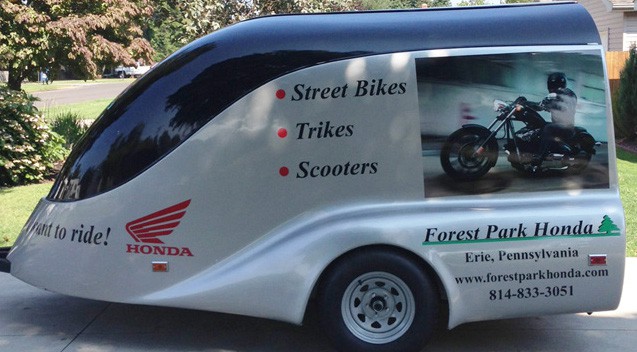 A.J. from Ergo Audio contact us to help him make their installation van stand out & promote the business.  After much consulting and drawing edits they finally had the art the way they wanted it.  The design company sent us the art and we digitally produced and installed the wrap. We used a combination of 3M 180 and Orajet 3951 cast wrapping film with glossy sheet laminate.  If you have a van or car that you are looking to advertise on you need to look into a vinyl wrap.  We specialize in design, production & installation of custom lettering, wraps & graphics.  Contact us today! 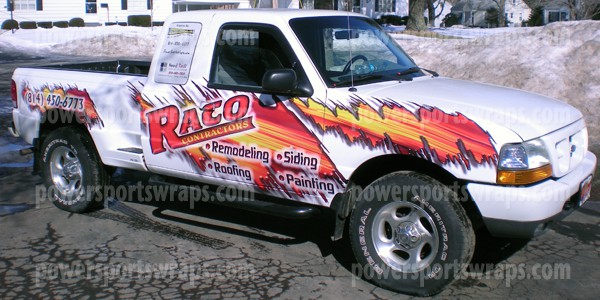 This truck started out as a basic White Ford Ranger.  Our customers from Raco Contractors Erie, PA asked that we create something custom & eye catching to help promote their business.  It was nice because the did not give us any limits they just said make it cool.  We started with some basic elements & effects & applied some really cool 3D effects with shadows & textures & this was the result… A one of a kind truck wrap that really grabs attention.  Isn’t that what a custom vehicle wrap is supposed to do?  If you have a business & you are looking to draw attention one of the best & least expensive way to do so is with a vehicle wrap.  Custom vinyl wraps keep advertising each & every day no matter where you go.  No time limits, no short commercial… 24 hours a day 7 days a week your is promoting your business.  For pennies a day you can have a huge impact on thousands of potential customers.  Contact us today to see how we can help promote your business…