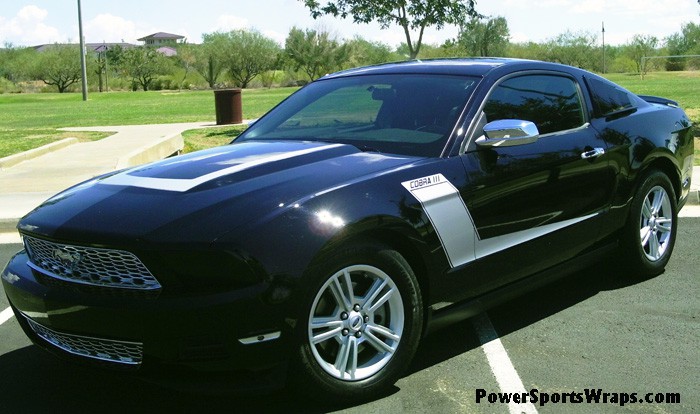 Craig, one of Powersportswraps.com online customers, sent in a request for a custom stripe for his 2013 Ford Mustang.  He asked to customize the text at the top of the check stripe to say “Cobra III”. The text itself had nothing to do with the Mustang Cobra, however it did have a personal, family meaning to Craig. This 2013 Mustang side stripe was produced out of the Cast Silver Metallic vinyl film that has an E-Z apply air release adhesive (so that it is not prone to trap air bubbles). Craig did a fantastic job with applying the Mustang side stripes and hood stripe. 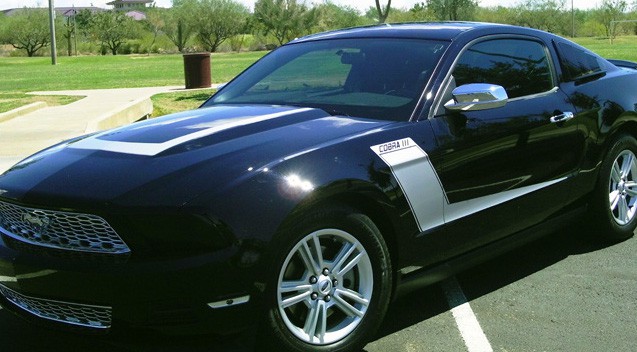 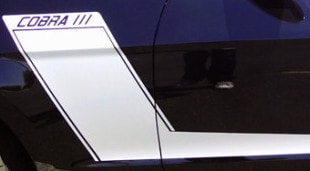 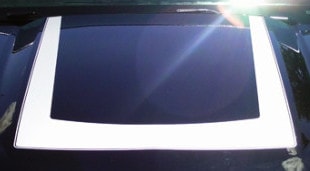